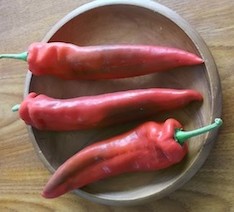 Southern Belle’s sweet bell peppers speak for themselves. You can buy them on Sundays at the Hamilton Farmers’ Market. I’ve been a fan for years, so I was keen to find out how they manage to grow these delicious capsicums so far out of season.

They are sweet and crunchy, with depth to the flavour. You’d think they’d been growing outside in a sunny Mediterranean climate – but they are grown nine months of the year in a Waikato greenhouse. I love eating seasonally, but the glowing jewel colours and bright flavours of Southern Belle peppers cheers up my winter. 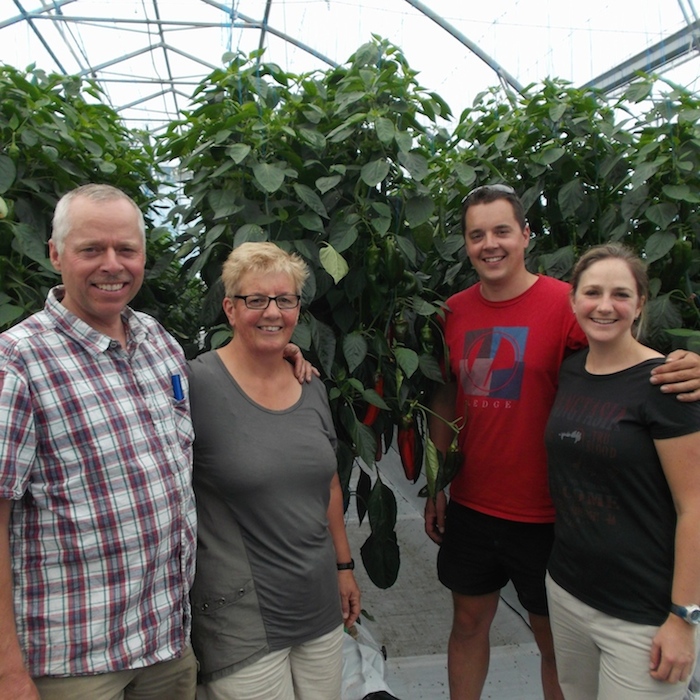 From left: Frans, Tineke, Talbert and Emily in the greenhouse where the sweet peppers grow.

Southern Belle is a family business founded by Frans and Tineke de Jong, who emigrated from Holland in 2003. Since their son Talbert and his partner Emily joined last year, it’s now a two-generation operation, growing feijoas, mainly for export, and peppers and cucumbers (as also pickles and preserves) for local markets. The Southern Belle Orchard is located just south of Matamata, down the road from the Hobbiton film set attraction. They also cater to visitors, with tourist accommodation on the property and regular tours of the greenhouse and orchard.

Frans is a high-tech scientist with a strong environmental philosophy. He combines technology with biological agriculture methods to produce high-quality results. In the 1500m2 greenhouse there are nine different kinds of peppers, including sweet bell peppers, chillies, and also cucumbers. Most distinctive are the “sweet points” – huge, long red sweet peppers.

In order to thrive, capsicum plants need temperatures between 21 and 29 degC, and well drained soil. The greenhouse is insulated by a double skin layer of plastic with air in between, and it’s heated using recycled waste engine oil. “It’s so well filtered that it burns very clean,” Frans says. One of Frans’s innovations involves a sophisticated air heating system with polystyrene ducting. The root zones are wrapped with plastic to retain warmth and moisture, which saves 40% in energy and increases the plants’ productivity. Three computers keep track of the climate, irrigation and nutrition, in a fully automated system with sensors measuring light level, humidity, temperature and nutrient concentration.

The plants grow in pumice and are fed hydroponically with compost tea, which Frans also brews in the greenhouse. It’s full of nutrients and beneficial microorganisms – another key to the quality of the produce. Monthly lab tests ensure that nutrient levels are optimal. 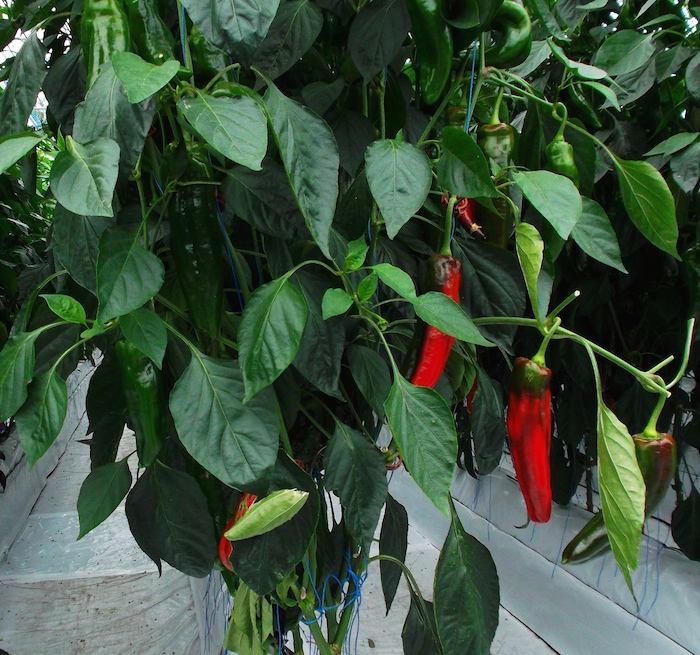 Above: Peppers growing in the greenhouse

In such an environment, problems don’t arise very often. A healthy plant can withstand stress, Frans says. But if pests turn up, he brings in predator insects to deal with the invaders.

Outside the greenhouse, the other side of the business is the feijoa orchard. When Frans and Tineke first bought the property 11 years ago, the orchard included persimmons, nashi and blueberries. They quickly found that persimmons and nashi needed considerable spraying “and we didn’t like doing that”. They also learned that blueberries aren’t a good mix with feijoas. The problem was the birds, Frans explains: birds are needed to pollinate feijoas, but they also love eating blueberries. And when you scare the birds away from the blueberries, then the feijoas don’t get pollinated.

The orchard now has between 12 and 15 different varieties of feijoas, grown in espalier style, reusing the wooden frames and wires from the original persimmons and nashis. Frans has found that feijoas like growing on frames. The branches don’t break, and it’s easy to pick the fruit. He is on the executive of the national feijoa growers association, and his scientific skills get plenty of practice overcoming challenges in harvesting and packing feijoas for export so they arrive in excellent condition and get premium prices. His feijoas are currently sold in Australia, Singapore, Japan, the United States, “and a small amount in the UK”.

New Zealanders sometimes grumble about paying for feijoas when they grow so easily here, he says, but many city dwellers don’t have a big garden with space for fruit trees.

The Southern Belle packing shed is busy most of the year, with capsicums being produced from early November to July. The high season for feijoas is April to June.

Southern Belle have a website with lots of interesting information on it. But I highly recommend you try their sweet peppers at the Hamilton Farmers Market and let them speak for themselves.