One of the biggest practical challenges when eating locally produced food is sugar. It’s an everyday food ingredient that is not grown in the Waikato.

This became an issue when I was preserving this summer’s fruit harvest. All my favourite chutney recipes call for large amounts of sugar. So do jams and jellies, marmalade, and bottled fruit. Even my homemade apple cider vinegar recipe has sugar in it.

I wondered how I would manage if sugar was no longer easily available.

There’s another angle to this topic. The evidence is mounting up that eating lots of sugar isn’t compatible with human health and wellbeing. Some of my friends and family members have been adopting sugar-free diets in recent years.  And last week I finally watched That Sugar Film, which I found both polemical and informative. One of the key points of the movie was that processed food products are likely to contain sugar, even when they claim to be healthy. Because in my house we mainly cook with unprocessed ingredients, we don’t eat much sugar. And – this is relevant to the local food issue – I also learned that the sugar which occurs naturally in fruit also counts as sugar.

My household is consuming a lot less sugar than we used to. I’m no longer baking cakes and biscuits regularly. If my menfolk want sweet stuff, they can bake it themselves. We’re also not eating ice-cream at the rate we used to. The other day I went looking for an empty ice-cream carton and realized we didn’t have any.

Full disclosure: I am very partial to a good ice-cream. It has to be a good one, though. Duck Island would be my first choice.

Apart from the occasional ice-cream, the main ways I use sugar are in chutney and kombucha. My kombucha mushrooms use ¼ cup of sugar every week or so. Sarah Wilson, whose book Simplicious is a bible for sugar-free eating, feeds her kombucha with rice syrup. But while I still have sugar I will use it. (Rice isn’t easily grown in the Waikato either.)

Most of my recipe books take large amounts of sugar for granted – even the healthier ones. The first cookbook I owned that suggested sugar wasn’t an essential food group was Mollie Katzen’s kids’ recipe book, Pretend Soup (Tricycle Press, Berkeley, 1994). Thanks, Mollie!

Most commercial sugar is made from sugarcane, which originated in New Guinea. It was one of the great things about my childhood in Papua New Guinea. I spent hours and hours munching sugarcane and spitting out the fibre. I know people who are growing sugarcane locally, including my neighbour Chris Fairley. But I’m pretty sure it’s not warm enough in the Waikato to grow it on a large scale.

Sugar can be manufactured from many other carbohydrate crops, including corn and sugar beet (it’s a relative of beetroot and silverbeet, and it’s grown in New Zealand as stock feed). Agave syrup, maple syrup, rice syrup and coconut sugar are other processed sugars, that can’t be grown locally.

This is the easiest, low-tech way to get locally grown sugar. Ripe seasonal fruit such as apples are full of sugar.

To get the sugar into a storeable form, dehydrate the fruit, or juice it and bottle the juice.

I made a batch of cider vinegar using the fresh juice of fully ripe apples, without adding sugar.

Sweet apple juice can be used instead of sugar syrup, to bottle less-sweet fruits. 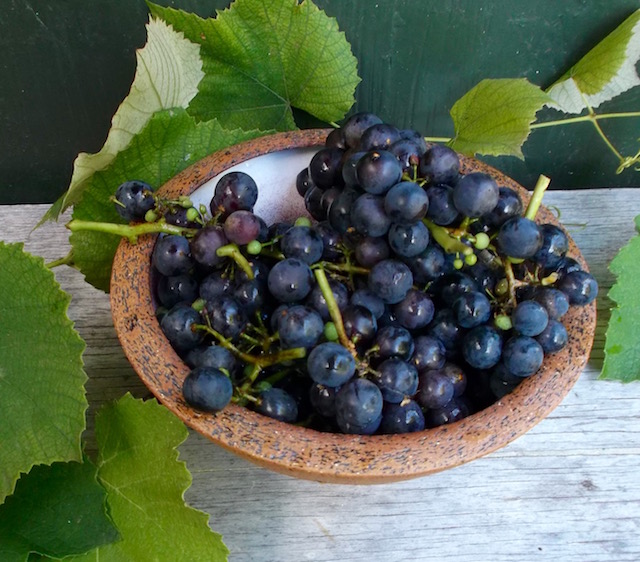 The Waikato isn’t warm enough to grow sweet bananas, with a few exceptions by clever gardeners with microclimates (again, credit to Chris Fairley). But casimiroas (Casimiroa edulis) are a subtropical fruit, originally from the Mexican highlands, with a sweet, smooth texture. They don’t look like bananas – more like avocados, before you peel them – but they are seriously delicious. And they grow well in this region. Casimiroas fill the “banana-shaped space” for me.

We have some wonderful local honey producers. Sweetree sell regularly at the farmers’ market. Their honey is raw, which means it has beneficial nutrients as well as sweetness. If you want to buy “real” honey you’ll have to look for it. Most of the honey in the supermarket is pasteurized – heat treated to preserve and improve the appearance of the honey. The cheaper products usually also have sugar added. Apart from the farmers’ markets, there’s local honey for sale at Village Organics in Commerce St, Frankton; at The Farm Shop in Gordonton; at Locavore in Kaipaki Rd south of Cambridge, and at Binn Inn in Hamilton East.

My friend Molly, who is sugar-free, is growing and eating yacon as a sugar alternative. Yacon (Smallanthus sonchifolius) is a South American tuber that is crunchy and mildly sweet. The sweetness of yacon has a different chemistry than glucose/ fructose sugar. Yacon can be eaten raw or cooked, eg added to stir-fries. And it can be boiled into a sweet syrup. (I haven’t tried this myself, but I understand that it’s not difficult.)

I don’t think yacon syrup could be used in preserving foods, but it’s a useful, locally produced sweetener for other kinds of cooking.

The best way I’ve found to use yacon is in fruit salad. Here’s a link to a recipe in my kiwifruit post.

Yacon sometimes comes in my Ooooby box. It’s fairly easy to grow if you have enough space in the garden – it’s a tall leafy plant with pretty yellow flowers. 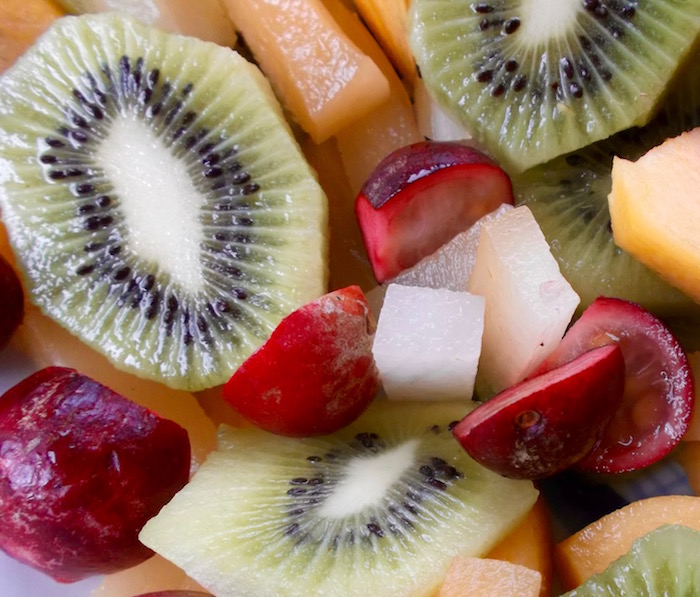 Stevia (Stevia rebaudiana) is a green herb with leaves that taste sweet without containing sugar. You can buy dried and powdered stevia leaves from Village Organics and Binn Inn. You can also grow stevia (it’s frost sensitive) and use the leaves fresh, or dried and crushed.

A note on the ethics of sugar plantations

There’s good evidence that large-scale sugar farming is bad for the environment, and the workers are exploited. When I do buy sugar, I choose Trade Aid’s Fair Trade sugar. It’s certified organic, and I trust Trade Aid’s fairtrade certification process. Also, it has a delicious sugar cane aroma and flavour.

I haven’t yet answered my question about how to make chutney without using sugar. Next summer I’ll try making chutney with fully ripened apples, without sugar. Watch this space.