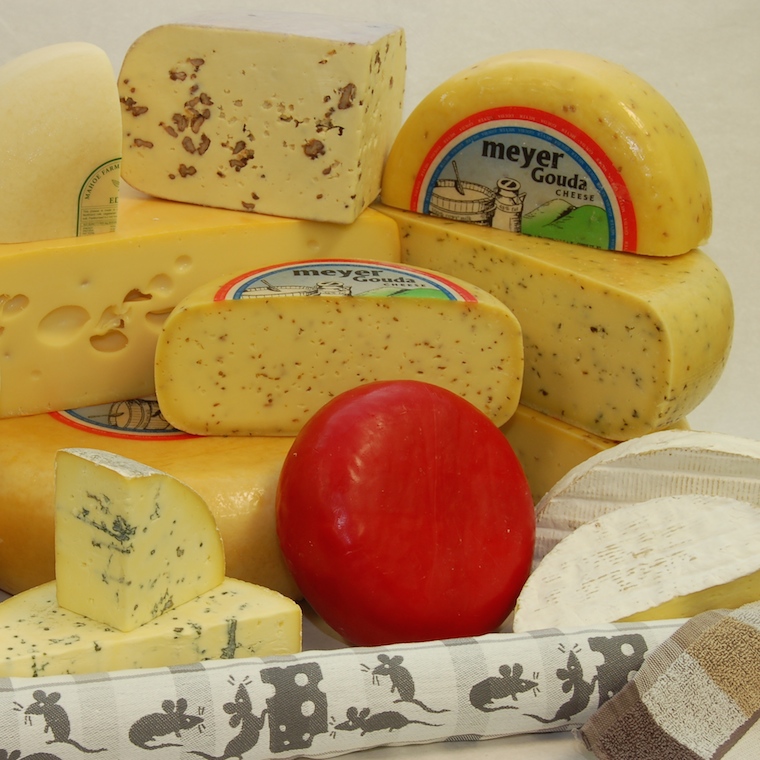 The Gouda Cheese Shop is the best place I’ve found to buy cheese in Hamilton. It’s like Aladdin’s cave – crammed with delicious food from around the world. And I was delighted to find that a large part of their cheese range is made locally.

Addy Nieremeijer, the manager and owner of the Hillcrest Gouda Cheese Shop (she and her husband, Hans, also own two others, one at Rototuna and one in Tauranga), points to the big wheels of cheese stacked on the shelves behind the counter. Many of these are made right here in Hamilton, by the Meyer family, second-generation award-winning cheese makers who’ve been producing Gouda for nearly four decades. 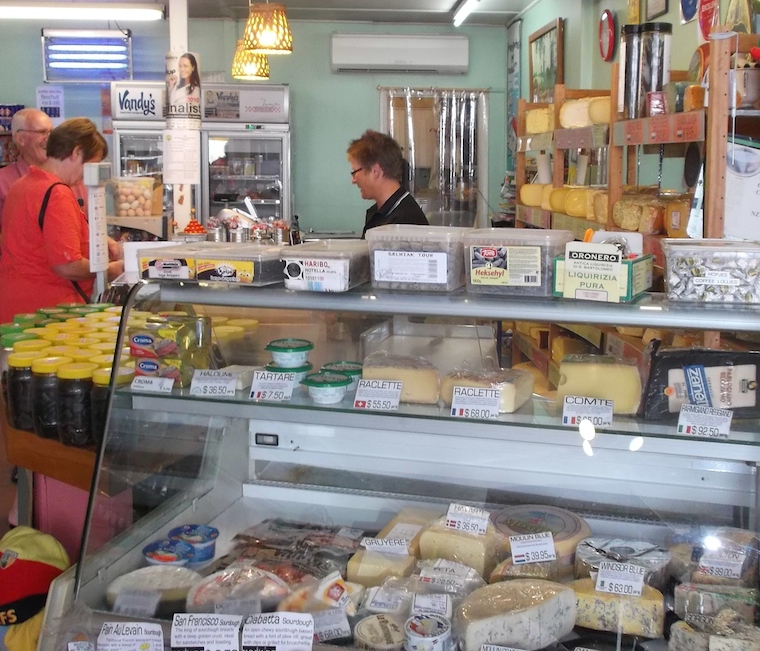 A world of cheese: Addy behind the counter at the Hillcrest cheese shop.

Addy says many of her customers are Kiwis who have travelled to Europe and have fallen in love with the vibrant flavours of traditional cheeses. A big advantage of buying your cheese here is that you get to taste it first. (Yum!) And the prices are very reasonable – lower than the supermarkets, in the examples I compared. Actually, you won’t find most of these cheeses at a supermarket.

Gouda (in English, you can pronounce it either “gow-da” or “goo-da”) is the traditional Dutch cheese, and it ranges from mild and semi-soft to tasty and hard, depending on how long it has been aged. Gouda makes a great toasted cheese sandwich, or can be eaten on its own, or with crackers, or you can cook with it… As well as Meyer cheeses, there are many other varieties of New Zealand cheeses represented – Whitestone from North Otago, Mahoe from the Bay of Islands and Karikaas from North Canterbury, as well as a Walnut Gouda from Mercer Cheese in the north Waikato. There’s Edam, Haloumi, Camembert, blue cheese and more.

Of course, there are many cheeses imported from Europe – from the Netherlands, France, Italy, Switzerland, Denmark – even an English Stilton.

They also sell gorgeous Volare sourdough bread, made in Hamilton – the perfect accompaniment to cheese.

If you can drag your attention away from the cheeses, there are shelves, freezers and chillers laden with European-style delicacies – some made locally, some imported. 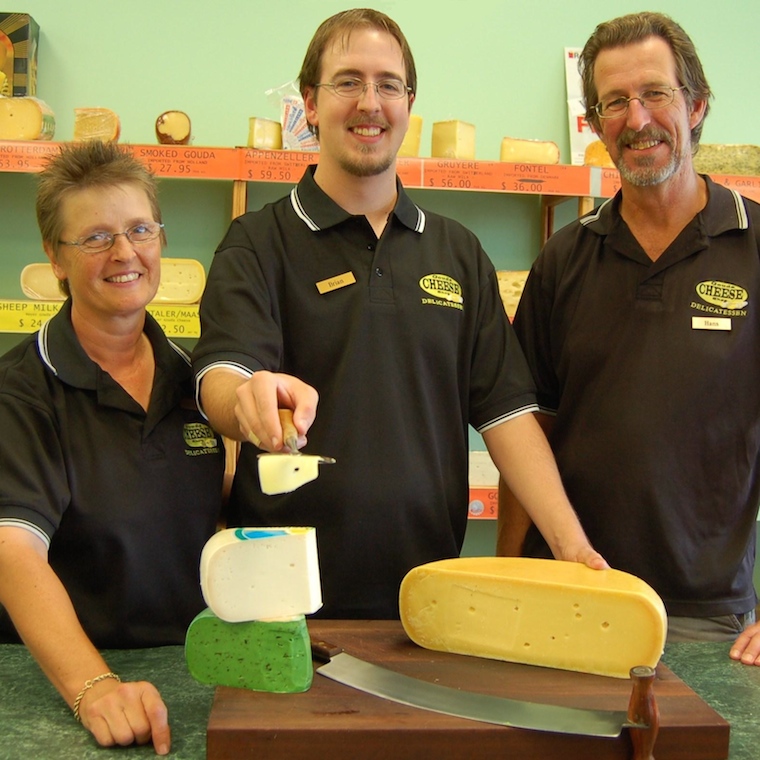 Addy says ideally cheese should be kept at room temperature – but this isn’t possible in a Waikato summer. She suggests keeping your cheese in an airtight container in the fridge, preferably in the vege drawer.

The Nieremeijers bought the original Hillcrest shop from the Meyer family in 1996. They now have three branches: Hans runs the Rototuna shop, Addy runs the Hillcrest shop on the Cambridge Rd roundabout, and their son Brian runs the Tauranga shop. And if you can’t visit one of the shops (but I strongly recommend you do), they also do mail orders from their website.