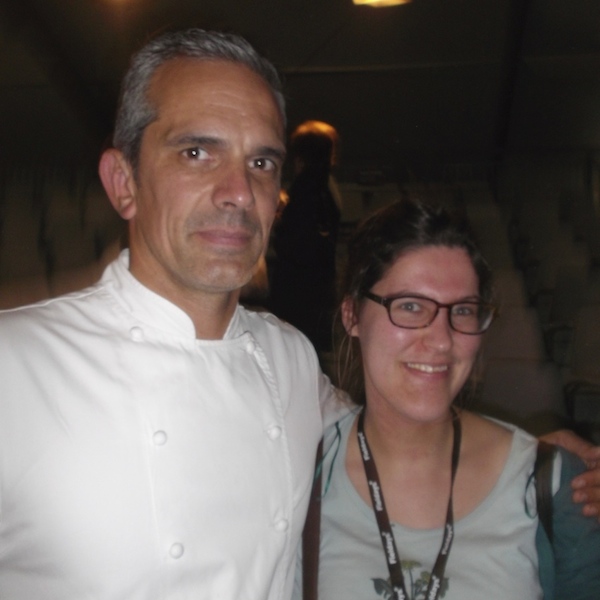 When I lived in Auckland, I’d barely heard of Fieldays. But when I moved to Hamilton, I quickly learned that it’s the biggest show in town. My kids were even let out of school for the day so they could go.

Fieldays is the biggest agricultural show in the Southern Hemisphere, with hundreds of thousands of visitors over four days, many of whom are farmers (i.e. food producers) from all over New Zealand. And it happens just 10 km down the road (or up the river) from my home. I could almost have walked there. (I very nearly did, after getting stuck in an Auckland-style traffic jam on State Highway 1.)

Obviously there is a relationship between Fieldays and Waikato food. It’s not totally straightforward – Fieldays is more about the global agribusiness economy than the local food economy. But these things are always connected. And many Waikato producers are working on both levels.

I was planning to meet up with my colleague Ielse Broeksteeg, a young Dutch journalist who’s going to be writing for the Waikato Foodbasket. Ielse persevered with the traffic and arrived much earlier than I did. Once I finally got through the gates, I wandered through the maze of displays of milking gadgets and water tanks and ride-on mowers and agricultural fertilisers and gumboots to find the food pavilion.

Meanwhile, Ielse had already located the highest profile representative of Waikato food at Fieldays: celebrity chef Josh Emett, who was doing cooking demonstrations in a theatre packed to the rafters with fans. Clearly there were lots of people here who care about good food. Josh, who grew up in Ngahinapouri, and started his training at Wintec (Waikato Polytech), is one of New Zealand’s rock star chefs, with Michelin stars in his CV. He has worked all over the world, including many years working in association with Gordon Ramsay.

Outside the theatre, the Kiwi’s Best Kitchen hall was thronged with people sampling wines and other delicacies. We found Waikato-made wine, cheese and chocolate (all my favourite food groups, haha!). Over the Moon Cheese Company, who are based in Putaruru, were demonstrating both their artisanal cheese range and their cheese making workshops. (Waikato Foodbasket will be paying them a visit very soon.) The other Waikato cheese maker represented was the Meyer family, who were showcasing their most excellent Dutch gouda range.

Local chocolate makers Donovan’s were giving out samples at their very popular stall. (I love their chilli and lime.) And Vilagrad Wines were also prominently represented. But this was pretty much the extent of Waikato food producers. There might have been others, who weren’t emphasising their local connections.

Some food producers I’ve spoken to said Fieldays is just too expensive for them to consider – it costs $2-3,000 per day to have a stall, for the four day show. I think most of the food businesses that were there were aiming to grow their businesses substantially for a national or international market.

I’ve heard suggestions that Fieldays could consider tiered pricing, to enable smaller local producers to be represented. Obviously there are plenty of companies willing to pay the asking price to be at Fieldays. But I do think that having more local producers would bring colour and diversity to Fieldays – as well as reflecting more of what is happening in the regional economy, instead of just focusing on global markets.

I’ll give Ielse the last words:

“Being new to New Zealand and the Waikato, I had only a vague idea what I was going to when I headed for Fieldays. All my Kiwi friends were going, either for their work or just to be there. As co-writer for the Waikato Foodbasket, I got a media accreditation and would be in too. Yeah!

When I finally set foot on the Mystery Creek grounds on Friday, I was overwhelmed by the scale of the event – I had expected something, but not this! Of course I was more than aware that the Waikato is all about (dairy) farming and agriculture, but at Fieldays the size of the industry behind the idyllic Waikato hills revealed itself to me.

I was impressed by the rich variety of food that is produced in New Zealand: it goes from olive oil through wine, cheese and chocolate to peanut butter and limoncello – I even bought kiwifruit juice.

Fieldays gave me a ‘real kiwi experience’ that I would not have wanted to miss – except for the continuing traffic problems, which were unworthy of such a grand event. It took me more than two hours to get out of the parking lot!”