Beer and cheese to celebrate 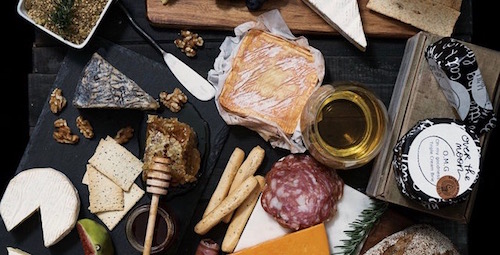 Craft beer and superb artisan cheeses are riding a wave of popularity in the Waikato local food scene.

This Saturday October 1st there’s a chance to check out some award-winning cheeses, and the burgeoning range of local craft beers, at Hamilton’s first ever FermentFest, at SkyCity Hamilton, from 11am to 5pm.

The creative folk from Waikato Food Inc are responsible for the great idea of combining beer and cheese in one event. The name FermentFest refers to the traditional fermentation processes involved in making both artisan cheese and craft beer.

The cheesemakers include Hamilton-based Meyer cheeses, Cilantro cheeses, also made in Hamilton, Putaruru’s Over The Moon cheeses, and Mt Eliza from Katikati.

Some of the local beers on offer will include Matangi-based Shunters Yard, Brewaucracy, Good George, Pilot and Three Fat Pigs.

The event is being spearheaded by Waikato Food Inc, a non-profit member-based organization with two main goals: to help local food and hospitality business grow, and to make the Waikato famous for the abundance of amazing food we produce. The Waikato Foodbasket is very strongly in agreement with this!